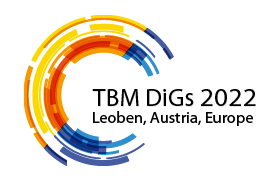 In the period from November 23 to 25, 2022, the international tunnelling conference TBM-DiGS 2022 will take place at the University of Leoben in conjunction with the Department ZaB - Zentrum am Berg.

The international seminar for professors and doctoral candidates of the ITA-CET - International Tunnelling Association - Committee for education and training will be held at the University of Leoben from November 21 to 22, 2022.

The aim of the event is an international exchange of experience on projects that have been or are being carried out with tunnel boring machines or are planned with the use of such machines.

The lectures for the public will be concentrated on the days from November 22nd to 24th.

Here you get directly to the registraion.

This year, the professors meeting will be an informal event that will take place on 21 November and will enable participants to network, meet their peers and exchange on their respective courses and student/professor exchange opportunities.

On 22nd November, selected PhD students will be given the opportunity to present their completed research work and in doing so will have the chance to meet and chat with students from other countries.

We look forward to seeing you!

Universities interested in presenting their completed research work are invited to contact the ITA-CET Committee secretariat, providing the envisaged title of their presentation and a short half-page abstract.

The participants of the TMB DiGs Congress can attend the presentations of the PhD students for free.

We sincerely hope that travel regulations in November will enable a good number of professors and students to attend these events. In the event that a face-to-face event proves too complicated for a large number of participants, the organisers will envisage switching to an online version. 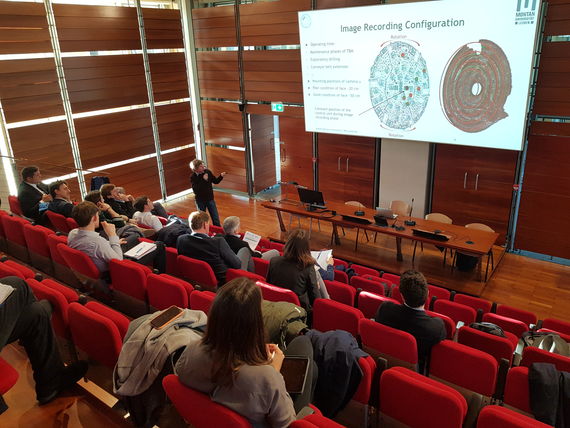 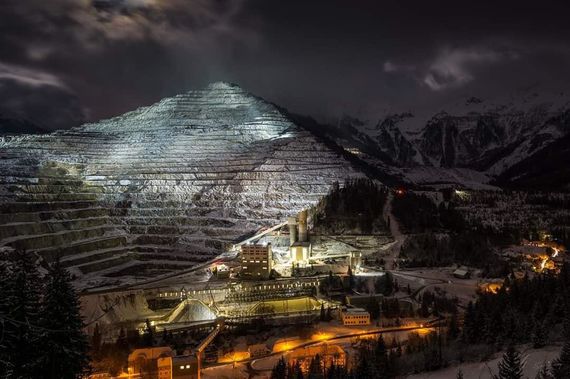 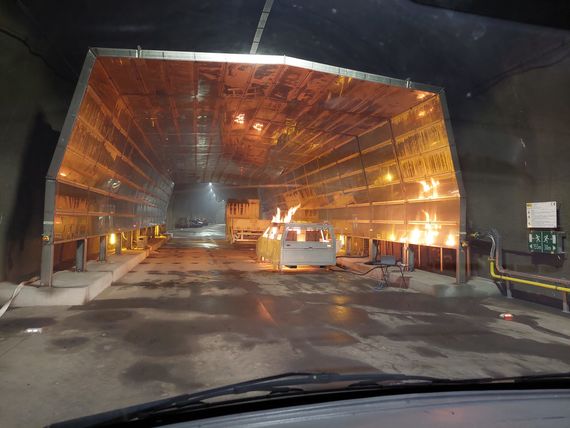 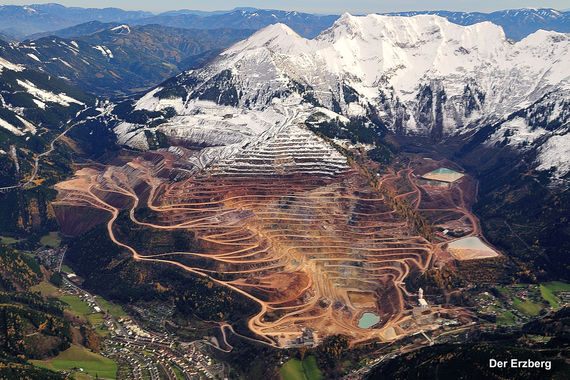 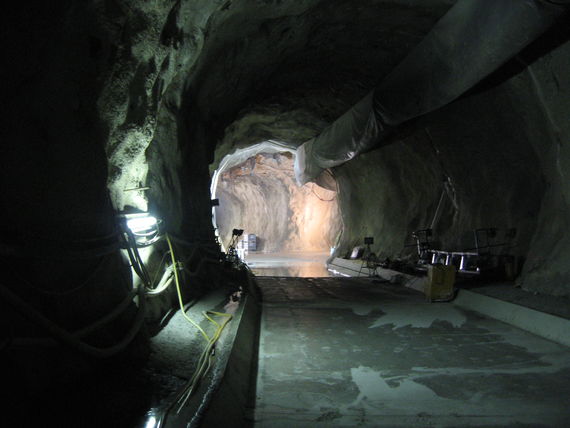 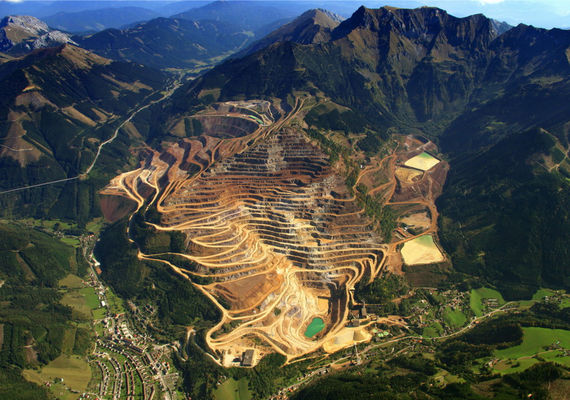 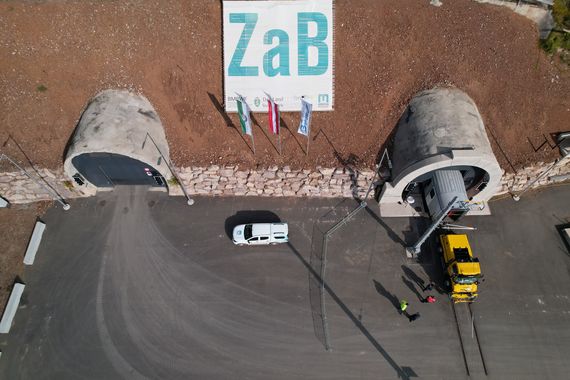 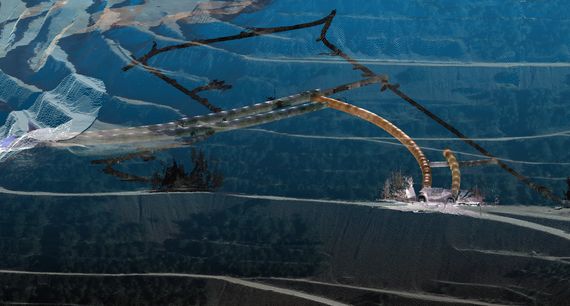 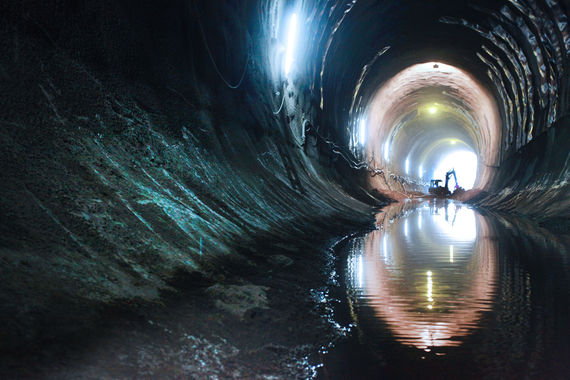 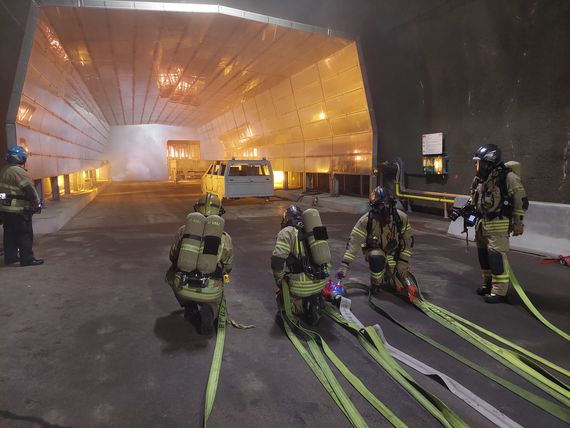 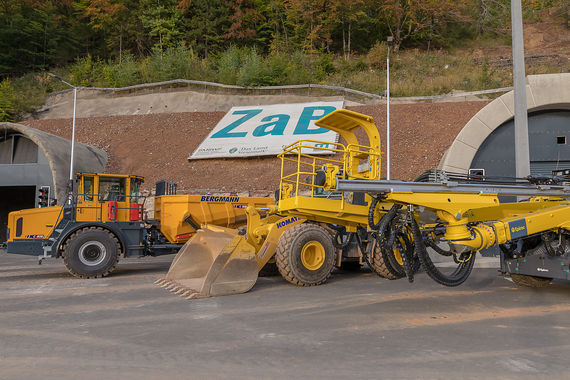 Dinner and night tour through ZaB

On the evening of the 23rd, we plan to have a nice dinner at the Erzberg in the town of Eisenerz. There is also the ZaB "Zentrum am Berg. After dinner there will be an exciting Night tour through the ZaB for those interested.

With the Zentrum am Berg at the Styrian Erzberg the Montanuniversität Leoben operates a unique and independent research infrastructure focussed on the construction and operation of underground facilities.

Research institutions, companies and organisations have the opportunity to carry out research, experiments and training assignments under real conditions for operators and users of road and rail infrastructures as well as on aerodynamic issues, safety in underground construction and operation and material developments.

Now that the construction work has been completed, it is possible to use a motorway and railway tunnel on a 1:1 scale for a variety of purposes.

On Thursday, the 24th we will start after the end of the lectures directly towards Innsbruck, where we will spend the night.

The next day you can choose between two site visits:

After the construction site visits we will go together to the Salzburg Christmas Market.

Afterwards you can start your journey home directly from Salzburg or return to Leoben together with us.

For more information about the construction sites and the Christkindlmarkt please have a look below.

On the 25th we will go to the construction site of the Brenner Base Tunnel.

Work on this construction lot began in February 2022 with the establishment of the construction site area at Wolf.

Lot H52 "Hochstegen" in the municipality of Steinach am Brenner is part of the former, newly designed lot H51 "Pfons-Brenner". This previous project section was divided into different construction lots in order to ensure the fastest and most efficient continuation of the work in terms of rapid overall project progress. The Wolf access tunnel is being used for the main development.

The Hochstegen lot is located in a fault zone characterized by an extremely complex geology. Over a length of around 500 meters, water-bearing, carbonate rock strata predominate. Tunnel boring in this zone is therefore particularly challenging. The contract for the construction work in section H52 "Hochstegen" was awarded to Swietelsky Tunnelbau GmbH & Co KG on December 15, 2021. The bid amount is around 102 million euros, and the construction period is estimated at 23 months.

The core of the project is the driving of the exploratory tunnel to the south through the so-called "high-level zone", with driving in this area taking place under the protection of advance sealing and securing injections.

1.2 km of exploratory tunnel to the south
2.6 km main tunnel in the direction of Brenner
0.6 km connecting tunnel
5 cross passages
2.5 km remaining excavation of the overpass at the Wolf South junction

The BBT Tunnel Welten extend over two levels on an exhibition area of around 800 m². The complex, exciting topic of tunnel construction, as well as many other aspects that play an essential role in this project, are explained in the Infocenter in a diverse and at the same time comprehensible way.

Since July 2021, more than ten additional exhibits have offered interesting facts about the construction of the Brenner Base Tunnel and invite interested visitors to explore the project interactively. The new highlights include a rail technology display tunnel showing the equipment of the future rail tunnel under the Alps as well as a rail simulator in whose locomotive driver's cab you can travel between the Brenner Pass and Innsbruck. In the outdoor area, a gigantic drill head of a tunnel boring machine impresses, illustrating the dimensions of these tunnelling driving tools. 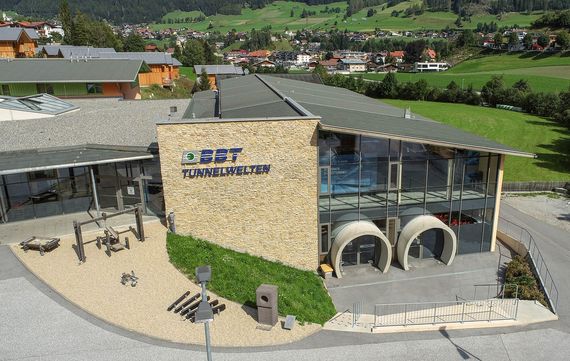 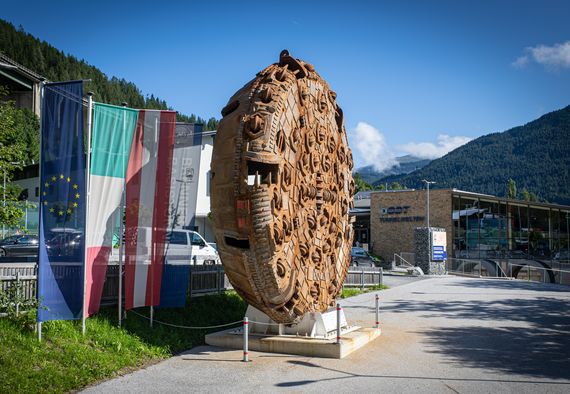 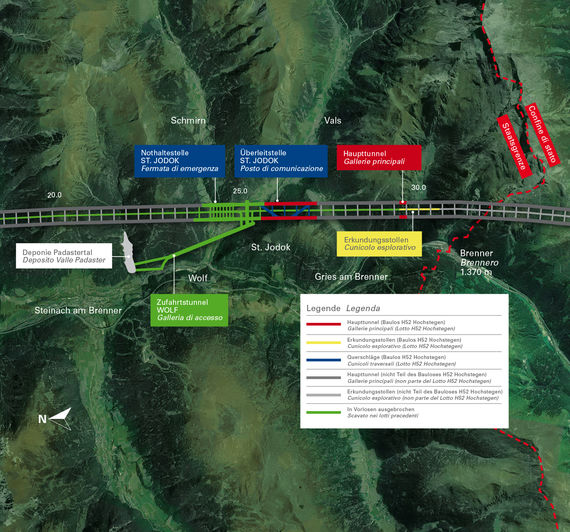 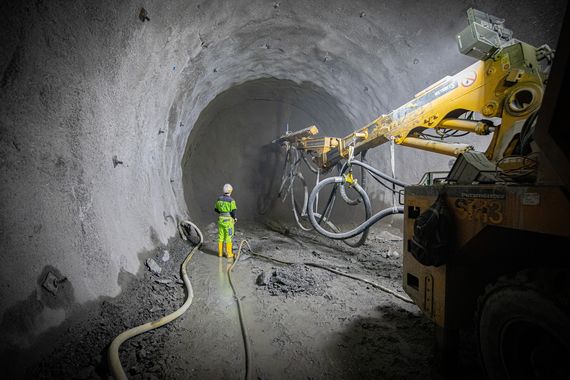 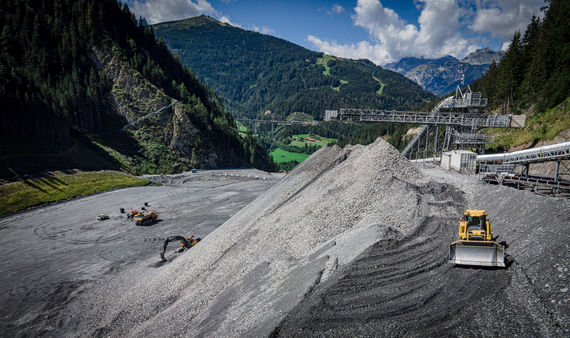 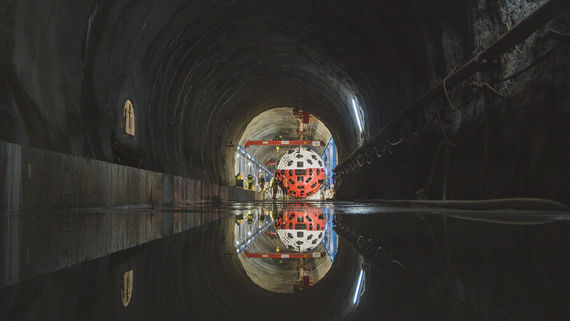 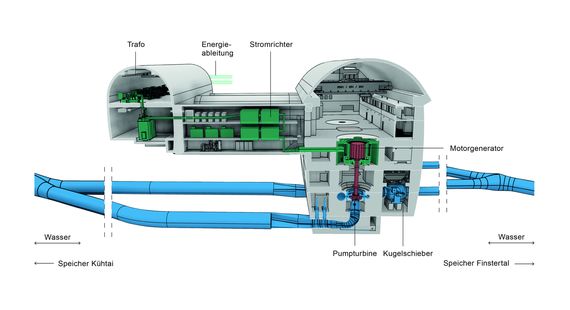 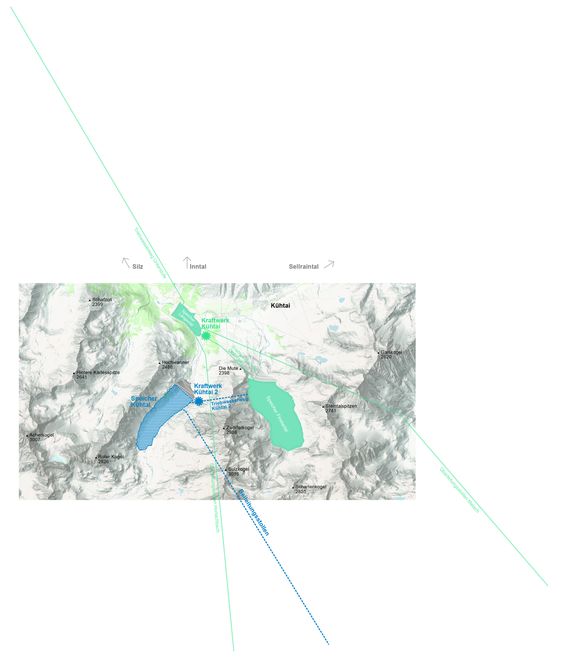 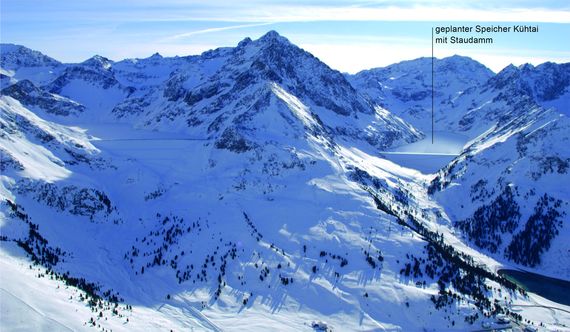 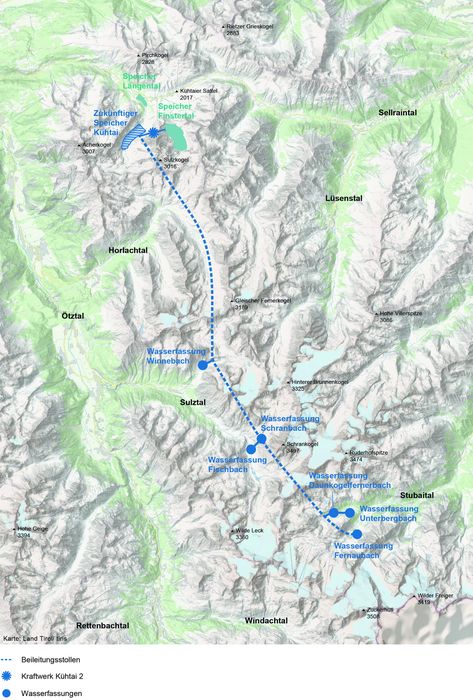 On the 25th we will go to the construction site of the storage power plant.

With a usable storage capacity of about 31 mio m³, the new Kühtai reservoir is about half the size of the existing Finstertal reservoir. The dam is designed as a natural stone infill dam with a central earth core and a height of 113 m from the original valley floor to the dam crest. The full reservoir level is at 2,140 m above  sea-level. All of the material used for the infill dam is extracted on site from the future reservoir and the tunnel excavation.
Similar to the two existing dams, natural stone and structural elements will be used for the airside dam surface to blend in the structure with the natural surroundings in the best possible way.

The Kühtai 2 power station with its headrace channel – a tunnel 4.5 m in diameter – connects the new Kühtai reservoir with the existing Finstertal reservoir. The power station is built completely underground in a rock cavern and is designed for pumped storage operation. Two pump turbines form the heartpiece of the station.
These turbines are reversible, meaning their function and direction of rotation can be turned around: in turbine operation, up to 90 m3/s of water are flowing in the headrace channel from the Finstertal reservoir to the Kühtai reservoir with the turbine driving the generator, causing the generator to feed electricity into the grid.

The stream adduction – a tunnel 4.2 m in diameter and 25.5 km in length – with its six water intakes opens up an additional catchment area in the middle, eastern part of the Ötztal valley and the head of the Stubaital valley. The harnessed water is
fed into the Kühtai reservoir at a slight gradient. Due to local conditions, two of the water intakes are situated slightly below the stream adduction; a pumping station is used to raise the water drawn off there to the level of the adduction.

As a general principle, the amount of water drawn off at the intakes conforms to ecologically compatible levels. Natural flow dynamics are maintained even if at a lower level. In the winter months no water is drawn off at all.

After the tour of the construction site, we will travel via Innsbruck to Salzburg for the Christkindlmarkt.

Enjoy the Old Town Salzburg combined with folk culture and customs. Traditional exhibitors & products from Salzburg and the surrounding area offer what the heart desires. Regional delicacies at the Salzburg Christmas Market must be tried!

Afterwards you have the possibility to start your journey home directly from Salzburg. The centrally located train station and airport are well connected. Or you can drive with us back to Leoben.

Take this unique opportunity and experience interesting construction sites and get to know our Austria with all its facets! 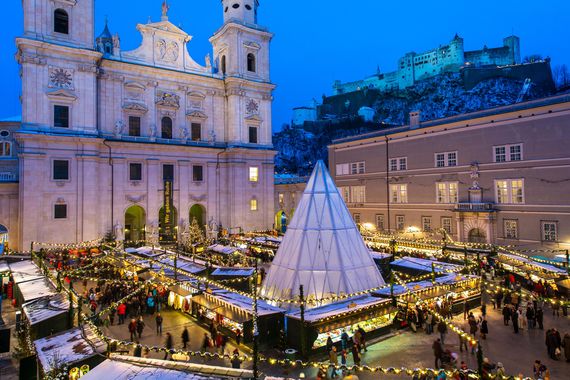 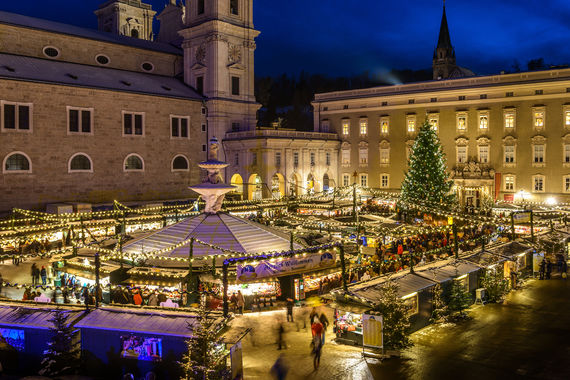 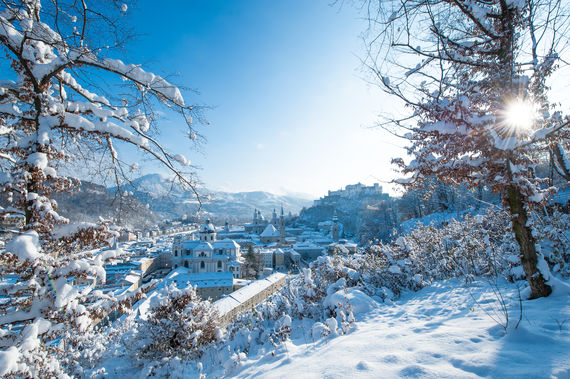 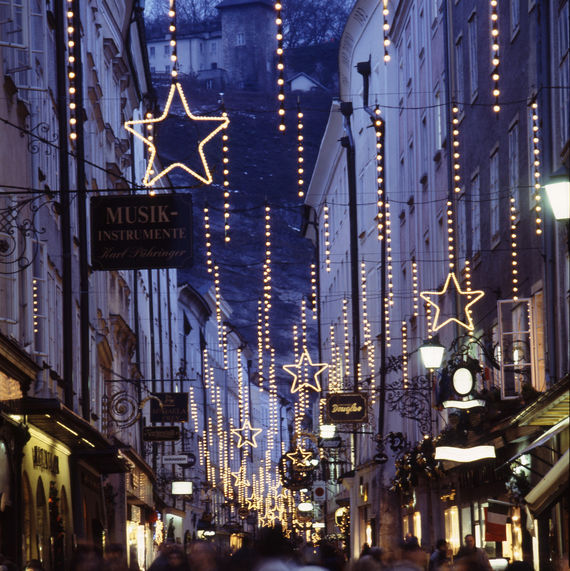 For a better overview, please use the day view (choose DAY instead of WEEK) at the top right of the table. 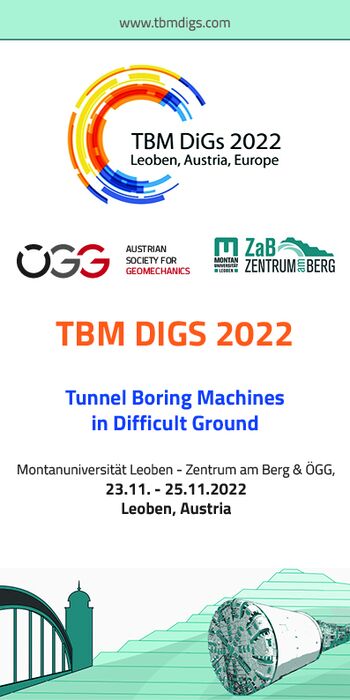 
Here you can find the PDF program